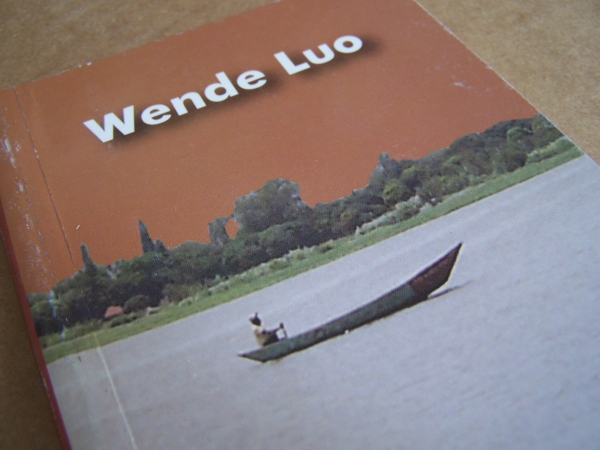 Wende Luo - This is a Dholuo hymnal mainly used in Anglican Churches. The Luo dialect, Dholuo (pronounced [d̪ólúô]) or Nilotic Kavirondo (pejorative Colonial term), is the eponymous dialect of the Luo group of Nilotic languages, spoken by about 6 million Luo people of Kenya and Tanzania,[3] who occupy parts of the eastern shore of Lake Victoria and areas to the south. It is used for broadcasts on KBC (Kenya Broadcasting Corporation, formerly the Voice of Kenya), Radio Ramogi, Radio Lake Victoria, Radio Lolwe, Radio Osienala as well as newspapers such as Otit Mach, Nam Dar etc. Dholuo is heavily used online in specially dedicated sites as well as in social media. Dholuo is mutually intelligible with Alur, Lango, Acholi and Adhola of Uganda. Dholuo and the aforementioned Uganda languages are all linguistically related to Luwo, Nuer, Bari, Jur chol of Sudan and Anuak of Ethiopia due to common ethnic origins of the larger Luo peoples who speak Luo languages