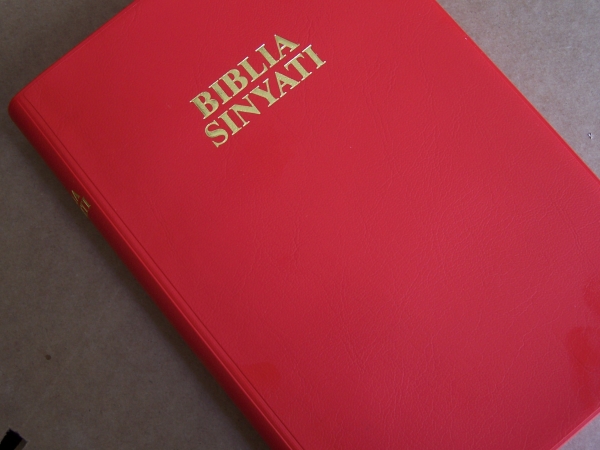 Maasai (Masai) or Maa (English: /ˈmɑːsaɪ/; autonym: ɔl Maa) is an Eastern Nilotic language spoken in Southern Kenya and Northern Tanzania by the Maasai people, numbering about 800,000. It is closely related to the other Maa varieties: Samburu (or Sampur), the language of the Samburu people of central Kenya, Chamus, spoken south and southeast of Lake Baringo (sometimes regarded as a dialect of Samburu); and Parakuyu of Tanzania. The Maasai, Samburu, il-Chamus and Parakuyu peoples are historically related and all refer to their language as ɔl Maa. Properly speaking, "Maa" refers to the language and the culture and "Maasai" refers to the people "who speak Maa."

The Maasai people, from the Eastern region of the African continent, have been protected from the widespread Westernization of agriculture and colonization because they inhabit a primarily desert area. Because the Maasai have resisted forms of colonization and Western expansion, their systems of communication and exchange revolve primarily around the trade they do within the tribe. Therefore, the spoken language is not only the most significant point of contact that the Maasai use but also one of the only ways that Maasai can continue to thrive in their traditional tribal way of life.

The loss of the Maasai language, while not rapid, is happening as a result of close contact with other tribal groups in East Africa and the rise of Swahili and English as the dominant languages. In Tanzania, former President Nyerere encouraged the adoption of Swahili as an official language to unite the many different ethnic groups in Tanzania, as well as English to compete on a global scale. Although the Maasai language, often referred to as Maa, has survived despite the mass influx of English and Swahili education systems, economic plans, and more, the socioeconomic climate that the Maasai people face in East Africa keeps them, and their language, as an underrepresented minority.

The Maasai way of life is embedded in their language. Specifically, the economic systems of trade that the Maasai rely on in order to maintain their nomadic way of life, relies on the survival of the Maasai language, even in its minority status. With language endangerment, the Maasai tribe would continue to be threatened and its cultural integrity threatened. The minority status that the language currently faces has already threatened traditional Maasai practices. Fewer and fewer groups of Maasai continue to be nomadic in the region, choosing to settle instead in close knit communities to keep their language and other aspects of their culture alive.