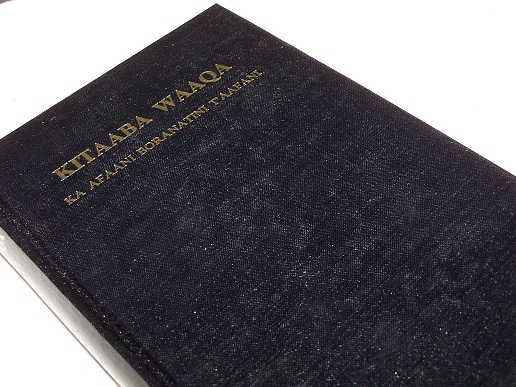 The Borana Oromo people, also called the Boran, are a subethnic section of the Oromo people who live in southern Ethiopia (Oromia) and northern Kenya. They speak a dialect of the Oromo language that is distinct enough that it is difficult for other Oromo speakers to understand. The Borana people are notable for their historic Gadda political system. They follow their traditional religions or (Ethiopian Orthodox) Christianity and Islam.

Between the twelfth and fifteenth centuries, the Oromo people had differentiated into two major confederation of pastoral tribes: the Borana and the Barentu, and several minor ones. The Barentu people thereafter expanded to the eastern regions now called Hararghe, Arsi, Wello and northeastern Shawa. The Borana people, empowered by their Gadda political and military organization expanded in the other directions, regions now called western Shawa, Welega, Illubabor, Kaffa, Gamu Goffa, Sidamo and thereafter into what is now northern Kenya regions. The Borana further subdivided into various subgroups such as Macha, Tulama, Sadacha and others.

The Borana speak Borana (or afaan Booranaa), a dialect of Oromo language, which is part of the Cushitic branch of the Afro-Asiatic family of languages. In the border regions of Ethiopia-Kenya and southwestern Somalia, one estimate places about 220,000 people as Boranas. Another estimate in 2011, suggests 177,000 Boranas in Ethiopia and 95,000 in Kenya.